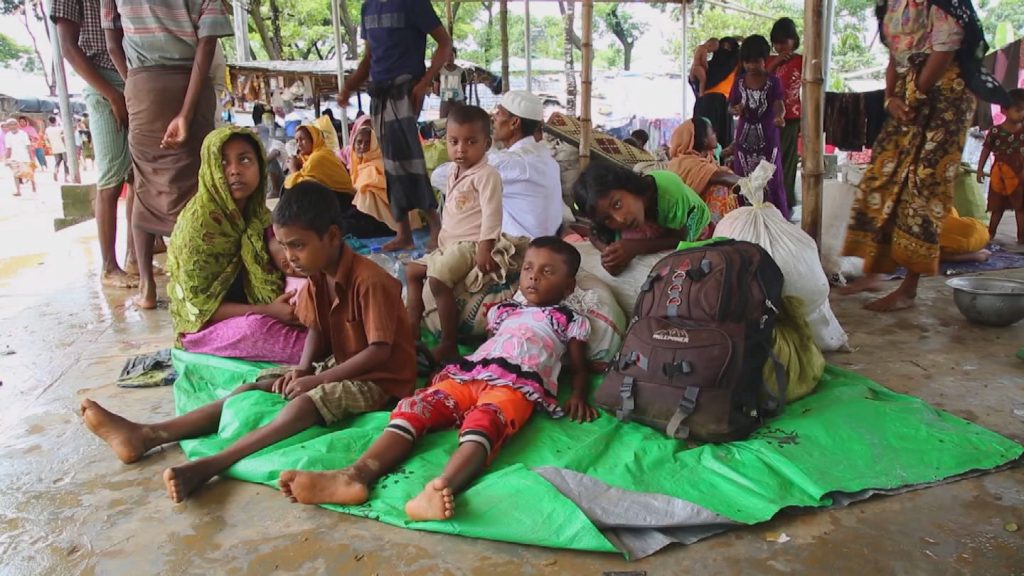 Rohingya Muslims have been targeted on the basis of their identity

Human rights around the world are currently under major attack, those are the painful words of a Human Rights activist, Andrew Gilmour, who is also the UN Assistant Secretary-General for Human Rights.

Speaking from the 2017 Dublin Platform for Human Rights Defenders,Hosted by Front Line Defenders, Dublin, Ireland, he shared his painful experiences in these works…

“I feel it even in the rarefied atmosphere of the UN in New York and Geneva, where High Commissioner for Human Rights, Zeid Ra’ad Al Hussein, my colleagues and I are criticized from many quarters, and attempts are made to silence us, slash our budgets and reduce our capacities. So if we feel it, even there, you on the frontline surely feel it far more acutely. An antagonistic nationalism is on the rise, with mounting levels of racism and xenophobia. We are seeing a form of populism that is often demagogic, cheap and xenophobic, with leaders and the media claiming to speak “on behalf of the will of the people”. This form of populism tends to be anti-foreigner, anti-minority, and seeks out victims to blame who are usually from the most vulnerable groups in society.”

As High Commissioner Zeid put it not long ago: “The bellowing of hatred I heard around the world sends us back to a time when women, sexual minorities, and racial and religious groups had far fewer liberties”. And that is precisely the point of many of the populists who want to return to some idyllic age when rights were privileges reserved for only a few.

He recalled his time of joining the human rights movement at the end of the 70s, as a naïve enthusiastic teenage volunteer.

“Not that we knew it then, but it was the start of a human rights revolution that lasted more than three decades. A period when enormous progress was made. But now we are seeing a backlash, or the pendulum swinging in the other direction, with many influential people questioning, and trends going against the values of human rights, freedoms and tolerance. The shrinking of civil society space is not an accident of fate, but is usually the result of intolerant, and at the same time insecure, leaders (whether politically, militarily or sometimes psychologically insecure), who cannot bear the fact that NGOs might question their infallible decisions, and speak up for the rights of those being targeted.

In the last few years, we have seen bans against NGOs passed in many countries, including Russia, Turkey, Israel, India, Egypt, Ethiopia and Kenya.

The backlash takes many forms. We see it in countries like the Philippines, where thousands of people – both petty criminals and bystanders – have been mercilessly gunned down in the streets and their homes by state agents, with a President who boasts of having personally participated in some murders, and encourages his soldiers to rape village women.

Millions of people around the world were shocked to hear talk from some leaders about actually “liking torture”, believe it or not, and claiming that “torture works”. Such glorification of torture is profoundly troubling, beyond a reluctant condoning, though even that would be bad enough. 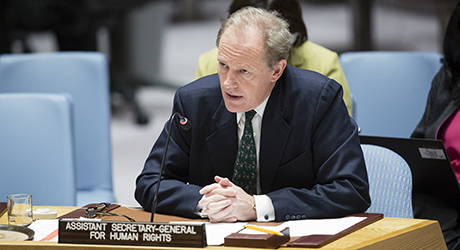 The backlash continues to be felt also in connection with efforts to fight terrorism. While of course an important goal, we have however seen that these efforts have been used as a blanket justification to silence critical voices, clamp down on civil society, arbitrary detention in huge numbers and even execution

of innocent people. Some of these measures, which are in total contravention of human rights, have been observed in places like Nigeria, Bahrain and Egypt.

What we find time and again – Governments simply refuse to learn this lesson – is that when you fight terrorism in a way that abuses the civilian population and leads to communities feeling more marginalized, then you end up with more terrorists than there were in the first place. This is something we in the UN are really trying to do something about now.

We have also seen entire groups unjustly vilified – immigrants and minorities, whether Roma, Muslims or Mexicans.

And we still have a long way to go in our struggle to fully realise the rights of women, including their right to equality and to be free from discrimination, violence, and sexual harassment (though the enormous brouhaha about the conduct of Harvey Weinstein suggests that we may at last be at some welcome tipping point on that).

What human rights need to survive and to push back against the backlash is a strong civil society, in the form of courageous NGOs and human rights defenders. And what we in the UN know – and must do more to acknowledge – is that you play a fundamental role in consistently standing up for human rights, tolerance and justice. You open space for debate, and help shape opinion. You are key in driving local decision-making processes for reform.

And as you know all too well, interrupting the status quo is often not well- received. Standing up for the rights of others and for what is right can mean exposing what powerful interests do not want exposed. When it involves the redistribution of power, and access to valuable resources, it can cause a violent response. Indigenous and environmental rights defenders are often the target – as I learned just last week when I was in Colombia, and before that in Honduras. And women human rights defenders too are exposed to specific risks.

We at the United Nations rely on cooperation with civil society actors around the world. You provide indispensable on-the-ground insights and information, alert the UN system to developing situations, and push for the right action to be taken. For the work of the UN Human Rights Office – our advocacy with governments; our technical cooperation and training programmes for law enforcement, government officials, justice and security personnel, civil society and more; especially our monitoring and investigating reports of human rights violations – all this would be without foundation if we could not count on your courage, your expertise, your sense of principle, and your voices.

We have prioritized support to civil society in some of the following ways:

At times – as some of you have experienced or witnessed – engagement with the UN on human rights can lead to reprisals and intimidation. This has been a long-standing concern to the Organization, and we are distressed at the increasing number of such acts. These range from travel bans, threats and harassment, smear campaigns, surveillance, restrictive legislation, physical attacks, arbitrary arrest and detention, torture and ill-treatment, including sexual violence, denial of access to medical attention, and even killings.

Intimidation of human rights defenders is happening all the time. The purpose is to penalize individuals who have already spoken out, thereby also sending a signal to many others from speaking out in future.