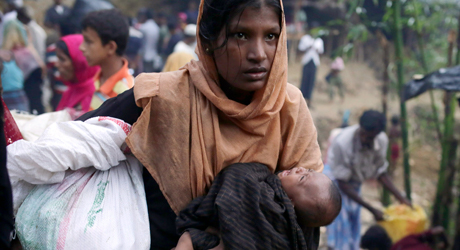 More than 580,000 Rohingya refugees who have fled over the Myanmar border into Bangladesh are suffering “too much” and with “too little support”.

According to the United Nations, “the world had “rarely witnessed a refugee crisis of such speed”.

Since late August, Rohingya people have been fleeing violence at the hands of Myanmar forces that the UN human rights chief described as bearing all the hallmarks of ethnic cleansing.

To raise a Rohingya peace appeal to the Authorities, Members of Parliaments and Governments, we have prepared a model/draft letter. Please feel free to use the letter to raise your peace appeal where ever you are.

This letter is available in word and pdf:

If you want to make any donations to help Rohingya, here are some options: