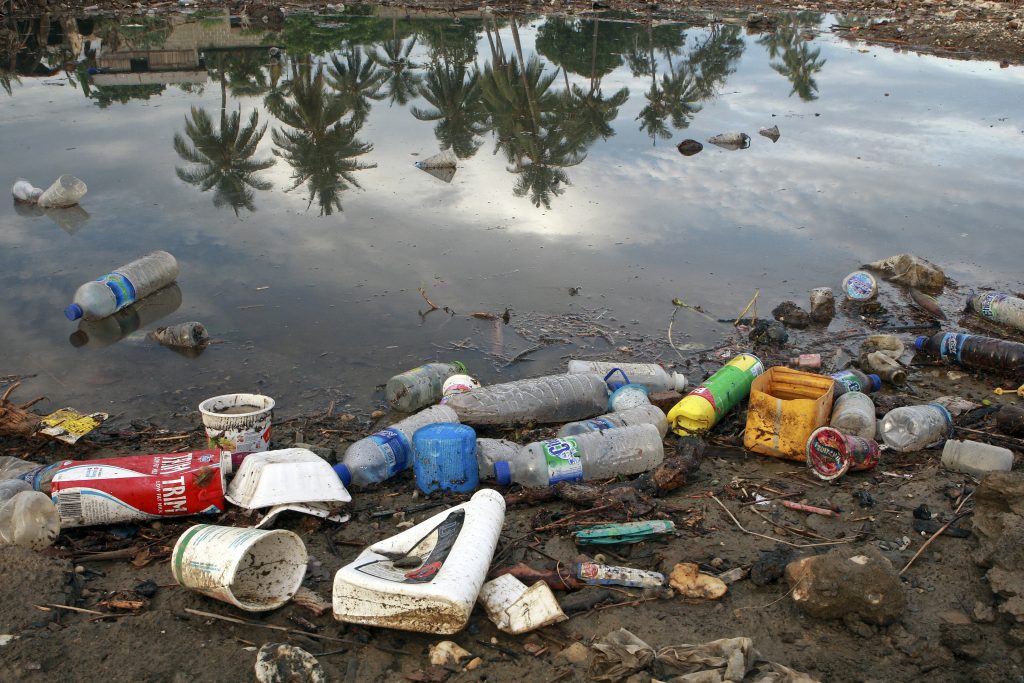 Most waste is dumped directly onto pavements and garbage are seldom collected. Rivers filled wih plastic will spill the waste near and into the sea.

A petition signed by over one million people worldwide calling on governments to end the use of single-use plastics over the next 5 years has been handed over to UN Environment director Erik Solheim.

The petition was handed to Solheim by global advocacy group Avaaz whose campaign director, Dalia Hashad, said Avaaz members are passionate about the oceans.

Hashad said when she looks at the Pacific from her local beach, “it seems like nothing we could ever do as humans could impact that great big beautiful ocean. But the truth is if you keep miles out from my gaze, there is the great pacific garbage patch, a disgusting enormous mass of man-made plastic, sludge, and other trash that we have dumped into our oceans.”

Hashad said the patch was about the size of Texas 30 years ago and has now grown to double the size of the continental United States, and there were four more similar patches across the oceans. Hashad said the good news was that the connection among people to come together and influence decision makers was exploding faster than their plastic consumption.

UN Environment director Erik Solheim said the case for acting was now extremely strong with a lot of momentum to reverse the effects on oceans being displayed in governments, businesses, and among citizens. Solheim pointed to the bye-bye plastic bag girls in Bali who’s campaign at one point saw 10,000 people cleaning the beaches of the Indonesian island.

He said the way forward is through a combination of three things, “citizens mobilizing and cleaning up their beaches, political leaders taking actions and framing markets and mobilizing people for this purpose, and business being much more innovative.” Solheim asked how the world still had this plastic crisis when the technology was available to recycle plastic or create plastics that are bio-degradable.

Newly-appointment UN Environment Goodwill ambassador, Adrian Grenier said it was time “governments step up and stop the bleeding of plastic into our oceans; it’s time that the private sector start to reduce their plastic footprint and citizens, individuals, need to start to curtail their consumption and change the demand.”

Grenier said society must shift from just recycling to reusing to ultimately reducing the use of plastic. He said plastic still has many uses but is totally destructive to the oceans and the solution to that is for people to come together, as a nation and a world, to figure out how to tackle this problem.