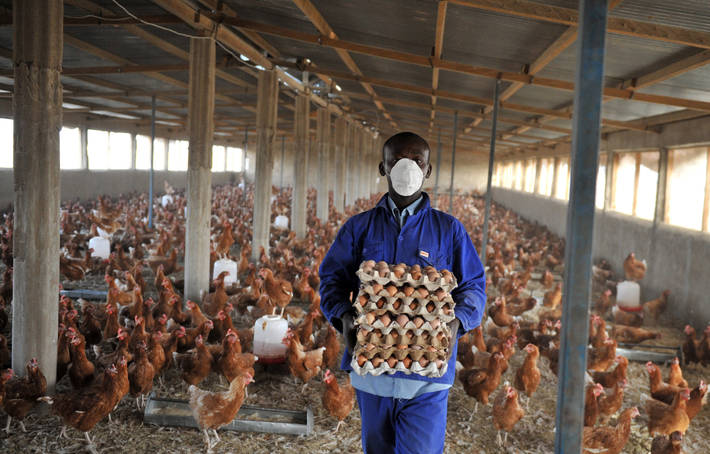 18 July 2018, New York/Rome – Countries are making significant steps in tackling antimicrobial resistance (AMR), but  serious gaps remain and require urgent action, according to a report released today by the Food and Agriculture Organization of the United Nations (FAO), World Organisation for Animal Health (OIE) and the World Health Organization (WHO).

The report charts progress in 154 countries and reveals  wide discrepancies.  Some, including many European countries, have been working on  AMR policies in human and animal sectors for more than 4 decades. Others have only recently started to take action to contain this growing threat. Progress in developing and implementing plans is greater in high-income than low-income countries but all countries have scope for improvement. No country  reports sustained capacity at scale in all areas.

The report looks at surveillance, education, monitoring and regulating consumption and use of antimicrobials in human health, animal health and production, as well as plants and the environment – as recommended in the Global Action Plan published in 2015.

But implementation of these policies varies  and unregulated medicines are still available in places such as street markets, with no limits on how they are used. Medicines are very often sold over the counter and no prescription is requested. This puts human and animal health at risk, potentially contributing to the development of antimicrobial resistance.

The report highlights areas,  particularly in the animal and food sectors, where there is an urgent need for more investment and action. For example, only 64 countries report that they follow FAO-OIE-WHO recommendations to limit the use of critically important antimicrobials for growth promotion in animal production. Of these, 39 are high-income countries, with the majority in WHO’s European Region. By contrast, only 3 countries from WHO’s African Region and 7 countries from the WHO Region of the Americas have taken this important step to reduce the emergence of antimicrobial resistance.

A total of 67 countries report at least having legislation in place to control all aspects of production, licensing and distribution of antimicrobials for use in animals. But 56 either said that they had  no national policy or legislation regarding the quality, safety and efficacy of antimicrobial products used in animal and plant health, and their distribution, sale or use, or that they were unable to report whether they have these policies in place.

“This report shows growing global momentum to combat antimicrobial resistance,” says Dr Ranieri Guerra, Assistant Director-General for Antimicrobial Resistance at WHO. “We call on governments to make sustained commitments across all sectors  –  human and animal health, plant health and the environment – otherwise we risk losing the use of these precious medicines.”

“Supporting low- and middle-income countries to follow guidance of responsible and prudent use of antimicrobials in animals is an urgent priority,” says Dr Matthew Stone, Deputy Director General of the World Organisation for Animal Health (OIE).  “Implementation of dedicated OIE international standards, appropriate national legislation and strengthening of veterinary services are essential steps to help all animal health stakeholders contribute to controlling the threat posed by antimicrobial resistance.”

From this survey and other sources, the Tripartite (FAO, OIE and WHO) is aware that 100 countries now have national action plans for AMR in place and a further 51 countries have plans under development, but more needs to be done to ensure that they are implemented. Only 53 countries report that they have a multisectoral working group that is fully functional, although a further 77 have established such a group. Only 10 countries report that the funding for all actions in the plan is identified and many middle- and low-income countries may need long-term development assistance to implement their plans effectively and sustainably. Positively, among the top ten chicken-, pork- and cattle-producing countries that responded to the AMR survey, 9 out of 10 have at minimum developed a national action plan. The majority of these have plans in operation with a monitoring arrangement.

The global Tripartite survey of country progress in addressing AMR is part of monitoring implementation of the Global Action Plan on AMR, which was endorsed by WHO and FAO Member States, and OIE Member Countries in 2015 .

The survey is developed and issued jointly by the three Organizations and the report analyses the data from year two of the survey.

The 2018 survey received responses from 154 countries (out of 194 of WHO Member States contacted). All countries’ responses from both years are published in an open-access database, offering scope for in-country review with civil society and other stakeholders.