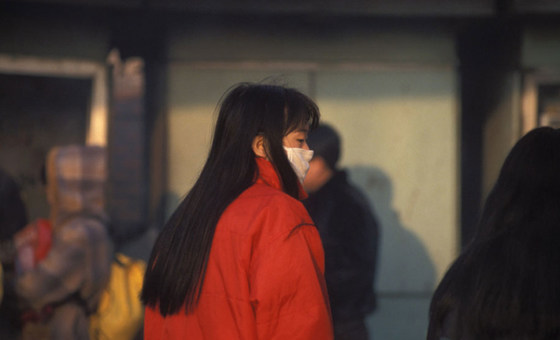 In a call for Member States to take action urgently, World Health Organization (WHO) Director-General, Tedros Adhanom Gebreyesus, warned that air pollution “threatens us all, but the poorest and most marginalized people bear the brunt of the burden.”

According to WHO’s ambient air quality database, despite some improvements, pollution levels are “still dangerously high” in most parts of the world.

This includes “many of the world’s megacities”, according to Dr Maria Neira, WHO’s Director of the Department of Public Health, Social and Environmental Determinants of Health, who added that air quality levels in those urban centres, exceed WHO guidelines “by more than five times”.

Covering more than 4,300 cities in 108 countries, the data points to an estimated 4.2 million deaths each year caused by outdoor air pollution, with 3.8 million fatalities overall, owing to household pollutants, linked to cooking.

More than 90 per cent of victims come from low- and middle-income countries in Asia and Africa, followed by others in the Eastern Mediterranean region, Europe and the Americas.

The threat to human health comes from exposure to near-invisible toxins that are present in polluted air as fine particles.

These pollutants – some of the most dangerous being sulfates, nitrates and black carbon – penetrate deep into the lungs and bloodstream and cause a range of diseases including stroke, heart disease, lung cancer and other respiratory infections.

According to WHO, global air pollution is linked to inefficient energy use in every sector of human activity: coal-fired power plants, industry, agriculture and transport.

Waste burning and deforestation are additional sources of air pollution, as are sand and desert dust, the agency says.

Inside people’s houses, the main source of air pollution stems from lack of access to clean cooking fuels.

It’s a problem that affects more than 40 per cent of the world’s population – some three billion people – a situation that the WHO Director-General described as “unacceptable”.

Although there are major gaps on air pollution data from regions including the Western Pacific and Africa – where information was available in only eight out of 47 countries on the continent – the WHO chief noted that the international community was “starting to pay attention and take action” on air pollution, recognizing it as a threat to sustainable development.

“The good news is that we are seeing more and more governments increasing commitments to monitor and reduce air pollution as well as more global action from the health sector and other sectors like transport, housing and energy,” he said.

WHO’s Dr Neira echoed that message, highlighting “an acceleration of political interest in this global public health challenge”. But she noted that the increased commitment to recording air pollution data to date, had come mostly from high-income countries.

Countries that are taking measures to reduce air pollution include India, WHO says, where one new scheme has provided free gas connections for more than 37 million women, to help them make the switch to clean energy use in the home.

The publication of WHO’s findings comes ahead of the first Global Conference on Air Pollution and Health, which is due to run from 30 October to 1 November in Geneva, where the UN agency aims to push for improved air quality and combat the harmful effects of climate change.

“Political leaders at all levels of government, including city mayors, are now starting to pay attention and take action,” adds Dr Tedros.  “The good news is that we are seeing more and more governments increasing commitments to monitor and reduce air pollution as well as more global action from the health sector and other sectors like transport, housing and energy.”